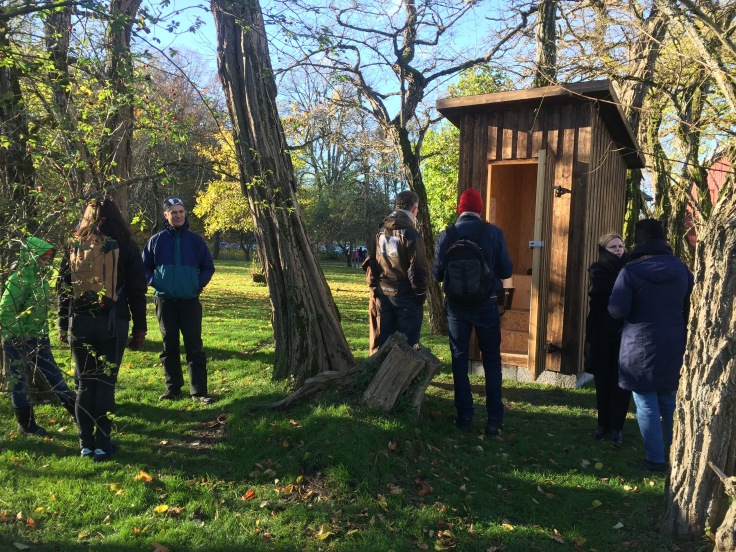 «From Flesh to Flesh» is part of the group exhibition SKIPTVET on view at Galleri F15 in Moss until January 17th, 2018.

The story runs from the cultivation of Kjøttpotet and the sustenance culture it was bred within and for, to the shifted conditions for cultivation and growth through the discovery of a method for the fixation of airborn nitrogen. Norwegian industries were world pioneering in fabricating synthetically produced fertilizer. Since nitrogen is a limiter for biomass growth, it’s presense or absence is what limits the possibility for organic growth. The last century’s human demographic explosion in population has been possible alone because of this addition of synthetically extracted nitrogen to the ecosystem.
The overpopulation has become a threat not only to the humans’ own survival, but the life also of many species on Earth. This destructive dimension of humans’ life situation has become an apocalyptic reality of today. With the project Fra Kjøtt til Kjøtt, Sonjasdotter wishes to make a cut in this narrative, by proposing a very real and possible reconnection to nurturing circulations. The growing human population is maybe a threat to the balance of ecosystems, but it is also a resource. Humans produce waste that is highly nutritious for the soil. If their waste is cared for and circulated back to the soil, it will contribute to the nourishing of farmland, supporting also their own food production.

In her artistic practice, Sonjasdotter engages in processes of co-species knowledge, memory, loss and prospect through the cultivation of plants, imagery and stories.

Sonjasdotter is a founding member of The Neighbourhood Academy, a bottom up learning site and a branch of Prinzessinnengarten, an urban garden in Berlin, Germany. She has been professor at Tromsø Academy of Contemporary Art in Tromsø, Norway, an institution she took part of establishing in 2007. From 1996 to 2006 Sonjasdotter was a founding member of the Danish feminist art- and action group Kvinder på Værtshus (Women Down the Pub). Sonjasdotter has studied at The Royal Danish Academy of Fine Arts in Copenhagen and at Trondheim Academy of Fine Art in Norway. From 2014 she is a part time research student at Goldsmiths, the University of London, UK.

Sonjasdotter has been awarded the COAL prize for environmental art in France by the French Ministries of Culture and Communication and Ecology and Sustainable Development in 2014. The Danish Art Foundation has awarded her for the piece The Order of Potato in 2009.